There will always be pride

Since the summer political changes, it has been clear that the Belgrade Pride would be a test of how much the new government is interested not only in human rights, but also to the rule of law in general. While some think that the new government will take even worse stand than the previous one, it seems to the others that precisely new ruling parties will aim to show they are better in everything, even in the field of human rights. However, the problem is that we do not have the state.

A modern state, among other properties, assumes a monopoly of force, an action that is in accordance with the Constitution, laws and international standards, and absence of discrimination in law enforcement. All this does not exist in Serbia and this is best seen when autumn comes and thereby time for Pride to take place. Of course that the state has sufficient power and tools, and knowledge of intelligence through which it could easily cope with a variety of groups that start up a sort of a Kosovo battle in the streets of Belgrade. If there was for a famous political will, not even a 100 of these bumpkins would appear in the streets. But do the human rights in any decent country depend on the political will?

Another fundamental problem with this (and previous) government is an unclear persistence in violating the Constitution, laws and international standards that are very clear in the case of Pride. In fact, if one of the lawyers tried to find a “loophole”, he would trip over the decision of the Constitutional Court of Serbia to ban Pride in 2009 (adopted in December 2011), and several judgments of the European Court of Human Rights, which show clearly and in detail that precisely an event like this cannot be banned. There is no administrative, security or moral quirk how it could be done. One of the judgments of the European Court stated that the state must ensure the propagation of the identity of a minority group, regardless how unpopular it may be in society, and it is in these cases the state has a huge responsibility to ensure its safety. Everything is said in a simple sentence, but there is no one to read it. Or the ones who can do not want to.

The third problem is the discriminatory application of the law. There is no minority group which is forbidden to come out to the streets and express any form of protest, to demand something in front of the government buildings or in the Main Square, or simply to show that they exist. Let’s imagine for a moment that tomorrow, a political organization, for example the United Serbia, organizes a rally in the city center. Imagine then that a group from the other side of the political spectrum begins to threaten with rioting if Palma (Dragan Markovic “Palma”, a leader of “United Serbia”, right-wing political party, a member of the Parliament of Serbia and mayor of Jagodina) and his friends appear in the streets. It is irrelevant whether the arguments would be “What will my child say when he sees Palma?” or “Let him spread his primitivism in his four walls.” Perhaps the survey would show that more than 90% of the citizens think that Palma is like this or that, but as a citizen of Serbia, he and his supporters would have the right to assembly, and the state would have to defend them from the attacks of any of those 90% who do not like them.

What remains a complete mystery is what the politicians get by forbidding Pride. Of course, citizens do not support the keeping of this assembly in a high percentage, but according to research the people are also tired of listening to the same affectation when September comes. As I see it, people are more bothered by stories of the “safety” because even laic people know of the slogan ‘One can do, when one wants. ” While politicians may receive some points when they put their foot down, they know very well that the true homophobes always vote for the more extreme options, and they are aware that they will lose in the long run, because Pride will not disappear. Pride will always exist.

If they do not believe, they may remember the buffoonery about the Law against Discrimination. The overwhelming noise, the withdrawal of the law from the procedure because of a call of a bishop, catastrophic outbursts of Palma and similar people that the “priests will have to marry gays” and so on. What now? Now everybody literally alludes to this law, as something normal. We have waited for it for 8 years. Are we going to wait that long for a decent Pride?
Published by Peščanik.net, 26.09.2012. 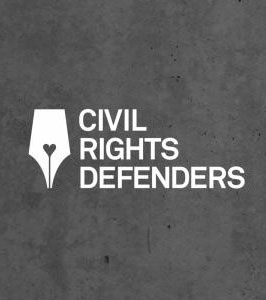